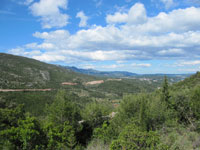 The work on the new, 4890 meters long, road Jelsa - Poljica are almost over. The asphalt layer is laid and work on horizontal and vertical signaling are in progress. This is completely new route, so the state road D116 Sućuraj - Hvar will no longer lead directly alongside sea line and beaches in Zenčišće and Grebišće bay (by Jelsa). Work on the reconstruction of the second section of the road Jelsa - Poljica, 8480 meters in length, were finished in the beginning of July of 2013. This section of the road followed the old route; the road was expanded to normal cross section 6,4 meters in width, with complete drainage and all the fallowing elements a modern road must have.Section Jelsa – Poljica was the most critical part of the island main road. The road Jelsa – Hvar was constructed earlier, so with the opening of these 4890 meters, the complete the road from Poljica to Hvar 40 km, in length, will be of satisfactory quality.The road from Sućuraj to Poljica was improved a bit in the past few years (new asphalt on some parts and new signaling), but it still dose not meet the standarde of normal road and requires reconstruction. Regarding this issue we have sent a letter to Croatian roads and have received a response stating that the necessary studies are in preparation, so that this project could apply to European funds in an adequate way. Therefore, it is obvious that we will have to wait a bit more for the reconstruction of this road, although the section Sućuraj – Bogomolje (19 km in length) was scheduled in the Governments three year plan (2013-2016). 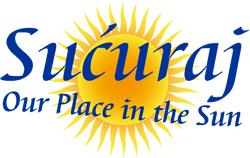